Deprecated: Function create_function() is deprecated in /home/customer/www/offroader.gr/public_html/x/libraries/rokcommon/RokCommon/Service/ContainerImpl.php on line 460

Deprecated: implode(): Passing glue string after array is deprecated. Swap the parameters in /home/customer/www/offroader.gr/public_html/x/plugins/content/jw_allvideos/jw_allvideos.php on line 73

Deprecated: Function get_magic_quotes_gpc() is deprecated in /home/customer/www/offroader.gr/public_html/x/libraries/f0f/input/input.php on line 102 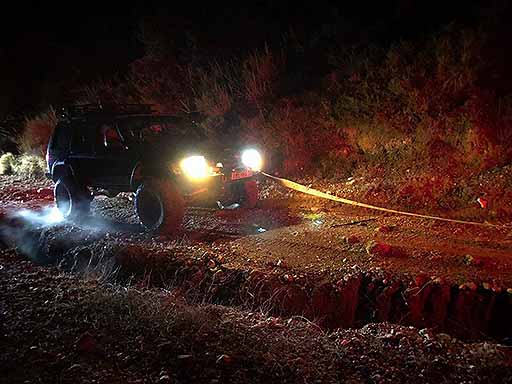 The Greek 4X4 RescueTeam operated on two occasions.  In Drosopigi in Katsimidi, Attica, the first event a few days ago and in Lake Yliki of the prefecture of Viotia the second.

In the first case, a vehicle fell into a large ditch and the second vehicle was stuck in mud.  The willingness of our volunteers is indescribable.  Note that a volunteer from the Rentis region (Athens) has started to go to Boeotia 100 km away but eventually was not needed.

The Greek 4x4 Rescue Team was established in 2004 by the nationwide meeting of 4x4 clubs in Kavala and has been helping ever since.

It is coordinated from the island of Kos and has so far rescued hundreds of vehicles, even people in big danger.  For example, they saved a whole group of scouts who got blocked by snow, as well as a pregnant woman who rolled her car on it's roof.  This team is not a club, but an informal team of highly skilled and highly willing vollunteers.  No one is getting paid or compensated.

You can follow the team on FACEBOOK and whoever has a 4x4 vehicle, can become a member of it. 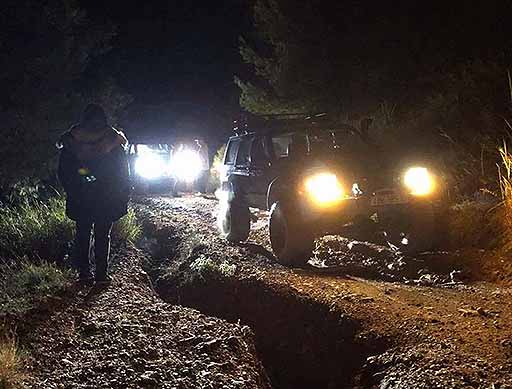 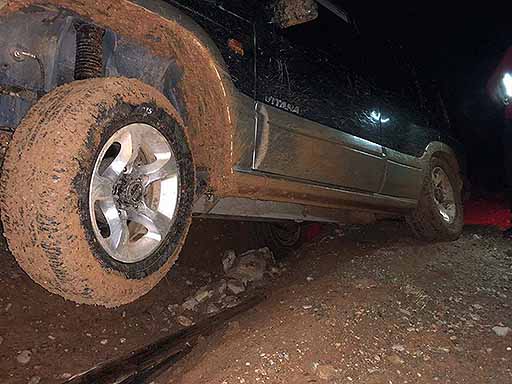